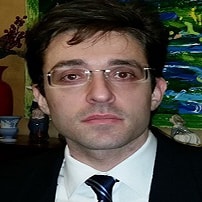 Teaching Experience : Domenico is currently pursuing a PhD and has recently completed his fourth legal qualification at the University of Greenwich, achieving a Distinction. This was only his most recent qualification, however, since his career began in continental Europe: after achieving a High Merit in his Integrated Master's Degree, he began both his pupillage and a MA in Clinical Criminology and Forensic Psychology, completed with a Distinction in January 2015. After qualifying as a lawyer in the European Union in 2015 (and obtaining his LLL as part of the process), Domenico has worked for a number of UK law and consultancy firms. He is also a Professional Consultant for the Ministry of Justice of Italy, part of the Scientific Committee that produced the 'Cybercrime Lexicon', presented to the International Community in May 2015 at the Dublin Summit against Cyberbullying. After a brief experience as Research Assistant for the EU Commission, he is now pursing a Research Degree at the University of London, Royal Holloway College and also plans to commence yet another Master of Laws at University College London commencing in September 2017.